Purim, which means “lots,” is the holiday in which Jews commemorate being saved from destruction by evil Haman in the ancient Persian Empire.
It is one of most joyous festivals, including lots of eating, drinking, making loud noises and dressed up in costumes, alongside with caring for your friends and neighbors.

The story of Purim

Purim is based on the biblical Book of Esther, which tells the story of Queen Esther and how she saved the Jewish people from evil Haman that wanted to exterminate them.

King Achashverosh commands his wife, Queen Vashti, to appear before him and his party guests. She refuses and so King Ahasuerus decides to find another queen. Esther, a young Jewish girl, was crowned queen instead of Vashti, after winning a beauty contest.

Not long after Esther becomes queen, Mordechai, Esther’s uncle, offends the King’s adviser, Haman, by refusing to bow down to him. Having found out that Mordecai is Jewish, Haman convinces King Achashverosh to kill all the Jews instead of just Mordechai.

Haman casts lots (in Hebrew: Purim) to choose the date he would carry out his plan: the 13th of Adar.

Achashverosh founds out about Haman’s plan and knows that Mordechai saved his life when revealing a plot against him.

When Esther reveals that she is Jewish and that Haman is planning to exterminate her people, she included, King Achashverosh decides to condemns Haman to die on the gallows that he built for the Jews. So, on the 13th of Adar, Haman and his sons are being killed in Shushan.

The celebration is called Purim because Haman cast the pur (meaning "lot") against the Jews, yet failed to destroy them. 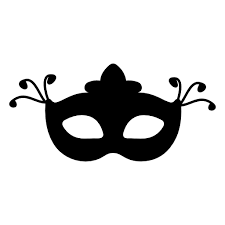 HOW DO WE CELEBRATE PURIM?

Meaning in Hebrew ‘sending of portions’, are packages of treats sent to friends and family on Purim. it is a mitzvah to give parcels of food to at least two neighbors or friends.

Many people also make sure to fill their mishloach manot with Hamantaschen.

DRESSING UP IN COSTUMES

Other popular observances of Purim that are not necessarily commandments are to dress up in costumes, which falls for many in line with the command to be unable to tell the difference between Mordechai and Haman. There are Purim parades in many communities in the U.S and in Israel.

READING OF THE MEGILLAH

A central ritual of Purim is the reading of the Megillah, the “scroll” of Esther, both in the evening which marks the start of the festival and the following morning.  Each of the 54 times the name of Haman is mentioned in the public reading, listeners are encouraged to use noisemakers called graggers and to boo, hiss and stamp their feet when Haman’s name is mentioned in an attempt to drown it out.

Since no other book in the Bible mentions the word “feast” as many times, eating and drinking is integral to the festival. A seudah, festive meal, is held on      the afternoon of Purim day.

Traditional foods include Oznei Haman (“ears of Haman” in Hebrew), or Hamentaschen ("Haman’s pockets" in Yiddish), a triangular pastry   traditionally filled with poppyseed but also filled with different flavors of jam, which is supposed to represent either Haman’s ears (before he was executed   his ears were cut off) or his three-cornered hat.

Drinking alcohol is mandatory on Purim, and in fact, the requirement goes so far as to instruct that one should get so drunk that they can’t tell the   difference between the phrases Arur Haman (“cursed is Haman”) and Baruch Mordechai (“blessed is Mordecai”), or in Hebrew: ‘Ad lo yada’,   meaning ‘until one couldn’t know’.

Meaning giving gifts to the poor.

Although giving to the poor is a huge mitzvah throughout the year, the command to give on Purim is in addition to the regular mitzvah of tzedakah, or   charity. Needed for matanot la'evyonim: Two poor individuals, enough money or food for a meal

“Of feasting and gladness, and of sending portions one to another, and gifts to the poor.” (Esther 9:22)

The perfect alcoholic dessert by Delish